Recent years have witnessed a remarkable growth in the export performance of South Africa’s citrus industry. Not only have the country’s producers increased production of a range of citrus crops, but the industry has defied the odds in growing its market presence in markets with very stringent standards such as the European Union. This has all occurred in a context where South African agriculture has been under pressure from policy uncertainties, a very weak domestic economy and weakening logistics performance.  On top of all of this, the challenges have been confronted in the middle of a global pandemic that has substantially interrupted systems of global trade.

The production and export of a perishable horticulture product presents particular challenges around a demanding and complex logistics chain. This experience of the citrus industry actors in turning the proverbial “lemons”, (and grapefruit, oranges and clementines too), into a major South African success story holds much relevance for other industries. Justin Chadwick and his team at the Citrus Growers Association have been at the heart of these processes and have worked tirelessly to support the success of the citrus sector in recent years.  As part of TWIMS’ ongoing efforts to share insights with those in the broader manufacturing and production community, Justin has agreed to make a presentation at the TWIMS Breakfast Seminar series on, “Delivering supply chain performance for export growth during the pandemic: Experiences of South Africa’s citrus industry.”

TWIMS will host a limited audience at its campus for this event. 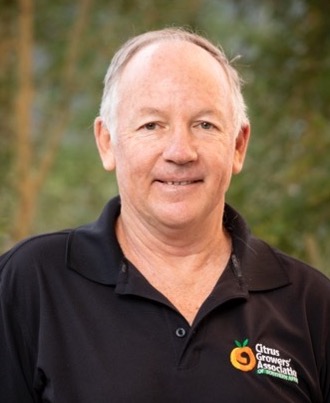 Justin Chadwick was appointed CEO of the Citrus Growers Association of Southern Africa in 1999. He has had the task of bringing cohesion back into the citrus industry following de-regulation, through communication with all growers of export citrus as well as building up a strong working relationship with Government officials and other industry stakeholders. He travels extensively to countries such as Vietnam, Thailand, South Korea, China, India, Indonesia and Japan to improve Market Access and has presented papers in Chile, Peru, South Korea, Japan and Morocco. He is a driving force in citrus industry collaboration between southern hemisphere citrus producing countries. More recently Justin has made presentations at an OECD Seminar in Sao Paulo, Brazil (November 2018) and International Citrus Seminar in Lima, Peru (April 2019).

Justin was educated at Maritzburg College in KwaZulu-Natal where he played both cricket and rugby. He studied for a BSc in Agriculture at Maritzburg University and was later awarded his Masters in Agricultural Economics. He spent nine years with SA Canegrowers where he was a Director. Before that he worked as a research economist and lecturer with the then National Department of Agriculture at Cedara College in KZN, and as a consultant to agricultural investment schemes.