Subscribe to our newsletter to be the first to hear about our next webinar.

Transnet is responsible for South Africa’s critical transport infrastructure. This includes the country’s commercial ports, rail system, and pipelines. The large state-owned enterprise (SOE) has encountered many challenges over the past decade, from growing competition to major governance and corruption allegations. Furthermore, the country’s global rankings of port and logistics efficiency have been in decline – a major disadvantage for a country previously heralded as the ‘gateway to Africa’.

Portia Derby was appointed as the new Transnet CEO in 2020. She was tasked with implementing a turnaround strategy to address the beleaguered organisation by instituting good governance and improving the operational performance of its subsidiaries. The organisation has already made a significant announcement to restructure Transnet National Ports Authority (TNPA) and Derby has been a visible presence at key Transnet sites. However, the SOE has been impacted by the effects of COVID-19; its subsequent economic challenges; and, most recently, the social unrest in KwaZulu-Natal and parts of Gauteng.

TWIMS is excited to announce that Ms. Portia Derby will be the guest speaker for our webinar on the 18th of August. She will present on the progress of Transnet’s turnaround strategy and the role of Transnet in contributing to the Economic Reconstruction and Recovery Plan announced by President Cyril Ramaphosa. This also includes a discussion on the restructuring of the TNPA, Transnet’s new investment plans, and how the organisation can improve its governance and operational efficiency. 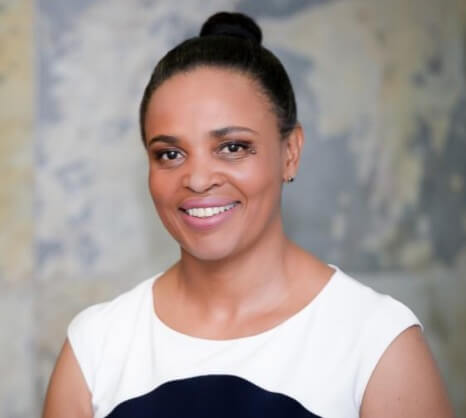 Ms. Portia Derby is the current Group Chief Executive of Transnet SOC Ltd ─ appointed in February of 2020. She has occupied senior positions in both the South African government as well as the private sector throughout a period of major economic reform. Portia has served as the Director-General of Public Enterprises, the COO of the Department of Trade and Industry, the CEO of Ubu Investment Holdings, the COO of the National Investment and Trade Promotion Agency, the COO of Trade and Investment South Africa, and as an Executive Director for African Clients at Aurecon.

Portia’s career in government started at the National Institute for Economic Policy (NIEP), as a financial researcher where she played an integral role in working on the quantification of the Reconstruction and Development Programme (RDP). Portia was part of the team that founded the National Investment and Trade Promotion Agency. She has also previously served as a non-executive director of Metair Investments and Safcol.